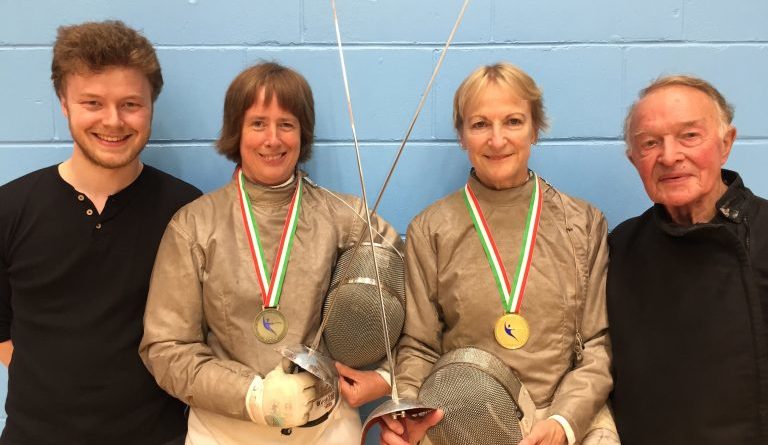 The pair were among an entry list of 1470 fencers, which is divided into five age categories for fencers over the age of 40 years.

Hutchison was seeded first in the Cat2 Sabre after the poule stage and received a bye into the round of 16. Meeting Bandieri of Italy in the final, Hutchison won convincingly and only conceded two hits.

Hutchison now holds the remarkable record of being a medallist at every women’s sabre European Vets Championships since 2003, collecting 2 gold, 2 silver and 4 bronze medals in this biennial event.

Meanwhile, Narey took a bronze medal in the Cat2 Sabre.  She lost to the eventual German winner Janshen in the semis.