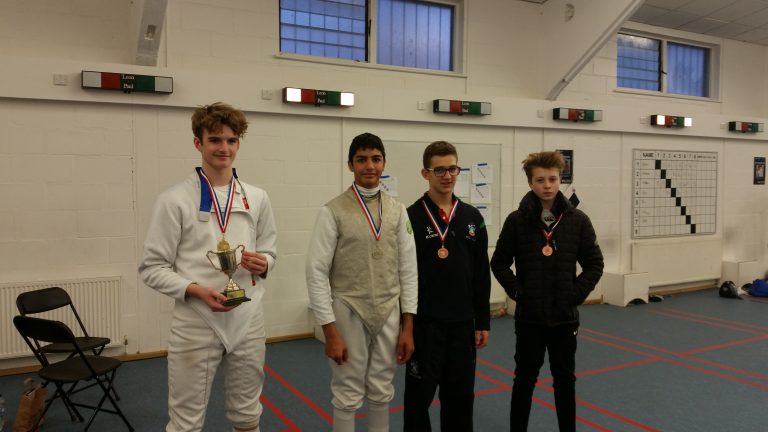 This weekend saw a number of young Bath fencers take part in the SouthWest BYC Qualifiers.

At the foil competition at Millfield, Ollie Goodenough (U16 Mens) Arthur Bury and Fergus MacKenzie (U14 Mens) Emily Harbord, Jade Meyer and Karolina Sniarowska (U16 Womens) Daisy Barrow and Tabitha De N’Yeurt (U14 Womens), all made the last four and therefore qualified for the British Youth Championships in April.

Congratulations to Karolina  who retained her South West  U16 girls foil title winning the final 15/7 and Arthur Bury who became U14 boys champion in a tight bout that finished 10/9.